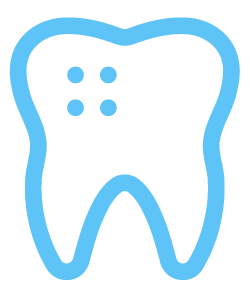 You only have one set of adult teeth, and they need to last until you are 80, 90, or beyond. The actions you take towards your teeth today will either benefit you or harm you in the future. Of course, good dental care starts with seeing a dentist regularly. You should go in for cleanings and checkups, and any other time you think something might be amiss with your teeth. Education is important when it comes to any aspect of your health, so start reading the articles on this website to educate yourself about dentists and dental care. We promise that when you're 80 and you still have your teeth, you won't regret the time spent.

The Tooth of the Matter: A Dental Blog

The Potential Problems Of "Helping" A Baby Tooth To Come Out

In the old days, it wasn't entirely uncommon for a parent to step in to try and "help" a child to get their loose tooth out. Everything from pulling it out manually to tying a string around it and yanking was sometimes tried, but like all things in the past, people have learned a lot since then. If you were considering applying these methods to your child's tooth, it's better to just let it be and seek help from a pediatric dentist if it stays loose for too long. The so-called help could otherwise cause some of these conditions.

When a tooth is getting ready to fall out, generally, the entire tooth doesn't pop off. Instead, a good portion of the tooth - the root - is absorbed back into the body and essentially dissolves. Then, what's left - the crown - drops out of the gums.

When you forcibly yank a tooth out before it's fully ready to drop, you can snap off this root and leave it behind in the gums. This poses a few potential problems.

The first is that there's now a tooth root just sitting there in the way of an adult tooth that's trying to move in. This can cause an impaction, which can be painful. However, that's not all: a tooth root just lying there can start to decay and cause sepsis. It's a serious condition, so if you've already attempted this with your child, get to a pediatric dentist right away so that the root can be attended to before it develops a problem.

Infected gums are also a common problem after performing an amateur procedure to pull a tooth. The tooth can tear up the gums from the inside when it's pulled out or broken off. This is obviously an uncomfortable thing for your child to go through, but it's also dangerous. Without treatment, infected gums can become worse and develop into periodontitis, which can not only put your child's baby teeth at risk, but it can also put their adult teeth that have yet to emerge at risk, too.

This is perhaps the simplest of the problems that your child can have, but it's nonetheless a problem. You're almost guaranteed to cause some bleeding from the gums when you try to yank a baby tooth out. This is a problem because your child will already be upset and in pain, so convincing them to calm down and to let you hold gauze against the wound is probably going to be difficult. In the meantime, blood loss is bad for anyone, and swallowing too much blood can cause vomiting.

Hopefully, by now, you're convinced to just leave that baby tooth alone. Most of the time they'll fall out perfectly on their own, but if a lot of time has passed or if your child is experiencing discomfort, get to a pediatric dental clinic for help.